An early morning start saw 9 cybi Striders travel to Chester for the Essar Chester 2017 1/2 marthon. Great conditions, sunny but cool at the start with nearly 6000 runners heading through Chester passing through the finish line after the first mile before heading out into the country before returning to finish in front of the Town Hall.

Geth Jones was 1st Cybi home and 6th overall in a very impressive 1:14:11, Andy Savage was next in 22nd place and 1st MV45 finishing in 1:19:09. Dewi Williams and Paul Maitland both getting in under 2 hours for the 1st time.

Wednesday 3rd May 2017 saw the 1st race in the club championship.

Well done everyone and a great turnout 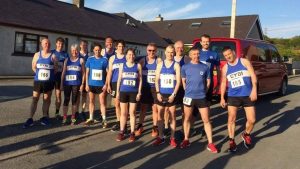 Below is the link to the divisional tables for this years club championships.

Where it has not been possible to determine a runners RunBritain ranking they have been placed in Division 4 until their ranking can be determined, after which they will be placed in the appropriate division.

There are 36 ranking places between the lowest and highest ranking divisions within the club, and by spliting the championship into 4 division it results in the divisions being made up as follows:

NOTE: Division 4 will range from 25 to 36 ranking places which is the maximum ranking on RunBritain.  This is to ensure that any new members who have been allocated a ranking higher than the current highest ranking within the club, will be included in the club championships (RunBritain rankings end at 36).

The RunBritain rankings, which will be used during the club championships were obtained in mid April, therefore might not reflect a runners current ranking.

The divisions can be viewed by clicking on the link below.

If you think your ranking is incorrect by a significant amount can you let the club championship coordinator know. 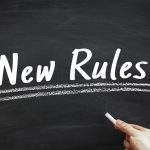 Individuals competing in the club championship will be placed in one of four divisions based on their RunBritain rankings as of April 2017.

Scoring is based on a runner’s position within the finishing order for the division the runner has been allocated too.  100 points will be allocated to 1st, 99 to 2nd, 98 to 3rd, and so on.

For a runner to win their division, their objective is to amass the highest cumulative points total from any seven out of the fifteen races in the 2017-18 club championships.

Runners will need to complete a minimum of seven races to be eligible to receive a trophy for winning their division.

There will be no segregation of competitors within the divisions.  Individuals will be competing against runners with similar abilities irrespective of age or gender.

Runners will not be promoted/demoted to a higher/lower division should their RunBritain ranking change during the 2017/18 club championships.

If at the end of the championship two runners within a division are on equal points, then the total points accumulated from club championship races they have participated in will be used to determine the winner.

Where races are chip timed, the competitors finishing positions will be based on the “Chip Time” and not the “Gun Time”.

The following are the races that were agreed to be included in the 2017-18 club championships at the AGM.

As with the previous years championships, you best results from seven races will count towards the club championships. 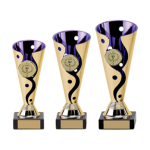 Congratulations to the 4 Cybi runners who ran the London Marathon today. 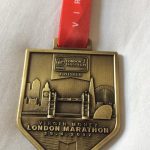 Ryan Roberts achieved a personal best time of 2.36.12. Ryan had a tough mid race when suffering from the dreaded stitch. To his credit Ryan dug in and battled to recover and was rewarded with ai PB. 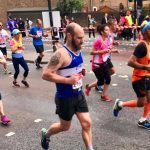 Dave Billington, running his 1st London Marathon,covered the course in 4.06.25. Will be interesting to know if Dave ran with his ‘no energy gels ‘ strategy !

Gethin Jones is running back into form and finished 4th in the Bolton 10k on the same day.

There was personal best times for Dyfnallt Huws and Paul Maitland at the Penrhyn parkrun yesterday. Dyfnallt’s time was 21.08 and Paul was 24.12. Congratulations also to Andy Savage who finished first in 18.00. Kevin Clark finished in 29.44 , Rhi Willmot 27:22 and Josie Rhisiart in 36.16.

Ryan Roberts completed his racing ahead of the London Marathon in finishing in 9th position at the New Brighton Border League fixture on the 9.4.17. Ryan has trained hard for the marathon and will line up in the Championship start,mixing shoulders with the best British Marathon runners  at London. Andy Savage finished in 25th position and sits 3rd in the mens 45 category with 1 fixture remaining. Peter Jones recovery from the Manchester Marathon is going well and Peter finished in 64th position. Kevin Clark came in 189th. In the female race Rhi Willmot had a great run to finish in 33rd place with Edith Gruber in 59th.

Gethin Jones traveled to Denbigh for the Denbigh 5k on the 9.4.17. It was a worth while journey for Gethin as he won the race on what was a very tough course.

It was a great day at the Manchester Marathon for the Cybi runners today. Andy Savage met his target of a sub 3 hours marathon in finishing in 2.58.50. Peter Jones was hot on his heels in finishing in 3.03.10. This was possibly the marathon debut for both and if so what a debut!  2 fantastic times ! Dave Ellis finished in 3.20.51 , being his fastest marathon for a number of years and congratulations also to Sian Ellis on a PB of 3.51.17,taking 5 minutes off her previous best !

Well done to all of you ! 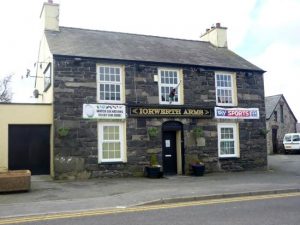 Please can you forward any items you wish to be added to the agenda to Sue beforehand.